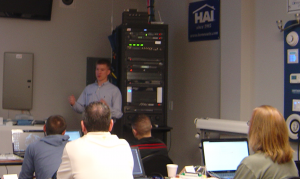 The Sepember 2011 Worthington University kicked off with a Lutron BLAST Training taught by Andy Rostkowski who did a great job. In the picture is Richie Scholl teaching the HAI/NEC integration. Tonight we are joined by Mike Gatto from Russound.

Worthington Distribution Showed the new Russound DMS-3.1 Media Streamer as well as the new TS3 touch screen in the video.  We also gave a short overview on the NEC DSX integration with HAI Omni systems.  Click the links below:

The new media streamer is up and running at our booth. It has been very easy to set up and use. The interface on the new TS3 touch screen is great!
We also just learned that the DMS-3.1 has 3 streams of Apple AirPlay built in. That means you can play music from an iOS device wirelessly! 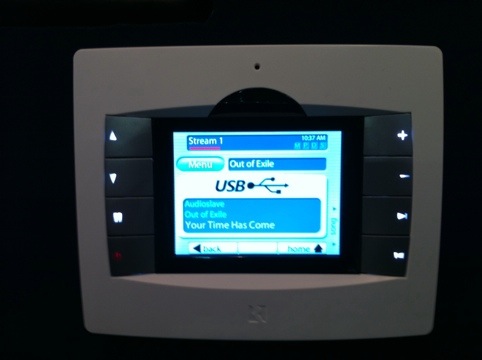 It’s just minutes to showtime and we are all set!

Last week we completed the finishing touches on our CEDIA both.  One of the new additions that I am very excited about is the new HAI iDock.  First and foremost, it is available in two versions, a hardwired Ethernet (HAI96A00-1) and a Wi-Fi (HAI96A00-2) version.

For the booth, we used the Wi-Fi version.  Installation is a snap.  Connect power and an Ethernet connection to get things started.  Next you run an HAI utility that finds the iDock based on the MAC address.  At this point you can setup the IP address and wireless configuration.  One thing I really like is how it switches between Ethernet and Wi-Fi;.if the unit is booted with an Ethernet connection it uses Ethernet, otherwise it uses Wi-Fi.

The audio connection is an1/8” stereo mini-jack (HAI95A14-1) that can plug into a Hi-Fi2 Remote Input Module or into the Hi-Fi2 motherboard.  When using another distributed audio system like Russound you just use a 1/8” stereo mini-jack to RCA stereo cable (HAI95A13-1).

Integrating the interface with a distributed audio system is really easy.  All it takes is Automation Studio and a current project.  If the project is older you may have to import a screen (easy and well documented).  You just add the iDock as a media device and assign a couple page jumps.  The interface is really clean and interfaces with any distributed audio system supported by the HAI controller.

One of the ongoing changes in Automation Studio is that newer interfaces are built using the Automation Studio editor.  The benefit of this is that you can grab portions of the interface and use them in other screens.  You can see that in my screen shots from or CEDIA booth interface. 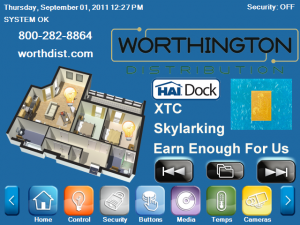 Tom Morgan is a 19 year industry veteran that has worked for HAI, and Ademco. He manages Worthington University an award winning training division of Worthington Distribution (800-282-8864). In Tom’s Tips he likes to share his real world experience obtained through product testing and working with dealers on their integration projects.

Here are just two of our first batch of Russound DMS3.1 streamers on their way to dealers. 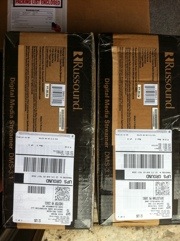